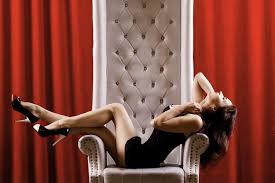 Most women have faked an orgasm at some point in their lives.  There are many reasons why a woman will choose to fake it.  Some of them are:  she’s tired, not feeling well, she want to go to sleep, want to get it over with, she’ll fake it to please her man, not to hurt her man’s feelings, because she feels he may cheat on her or leave her if he isn’t able to satisfy her or she is insecure thinking that something is wrong with her since she can’t reach an orgasm.

Every woman is different so you may have to guide your man on to how to please you.  If you fake it, you’re boosting a man’s ego. He will believe he’s such a great lover.  You’re giving him a false sense of achievement or validation.  I can surely understand if he really tries hard to get you there, and you still can’t climax.  This is a man who you should communicate with.  He would being willing to experiment with different measures;  toys, kama sutra, porn, intense foreplay, role play or whatever it takes to get you to “The Big O.”   Statistics show 60% of women “fake it to make it.”

If you’re in a serious committed relationship, it isn’t worth faking it on a regular basis.  When a man thinks he’s satisfying you he will have no reason or clue that he needs to do more to get you there.  You will have to continue to fake it and remain sexually unfulfilled.  The solution could just be the need for more intense stimulation and longer foreplay.  In a casual relationship;   booty calls, friends with benefits or one night stands, if you choose to fake it to make it, that’s fine.