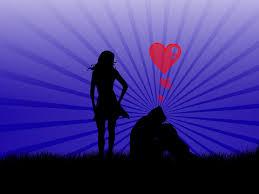 Whether it’s the man or the woman, communication is the first thing to go downhill in a relationship that’s in trouble.  Intimacy is often affected as well.  The lack of interest in lovemaking is a sure sign that there’s trouble in paradise.  Sex may become routine, but no longer passionate or romantic.  If the couple isn’t married or living together, one of them will start to spend less time with the other.  A man will detach himself emotionally as well as physically when he wants out of the relationship.

A man will no longer have concern about your feelings or your interests.  He will alter his regular routine with you.  The things he used to do with you, or for you, he will no longer do.  Men will try to put space between the two of you, when he’s contemplating ending the relationship.  Men don’t like talking about how they feel so they’ll usually remain distant.  Most men will give obvious signals that he is losing his feeling for you.  He will hope that you get the message.

Most men would hope that his woman gets tired of his behavior and that she decides to leave.  It would save him the drama of the arguments, fights or crying that some women will put a man through.

Women will notice the changes in their man but she will hope things will change or that she can win him back.  If a man cares about a woman, he doesn’t want to hurt her or cause her pain, but nonetheless, when a man wants out of a relationship, he has thought it out and has made up his mind, and it can rarely be changed.  He just wants to be free to move on.